I have been lucky enough to work as artist in residence with a couple of choirs, Fortismere Community Choir and London Oriana Choir where I have been sketching during their rehearsals and performances. 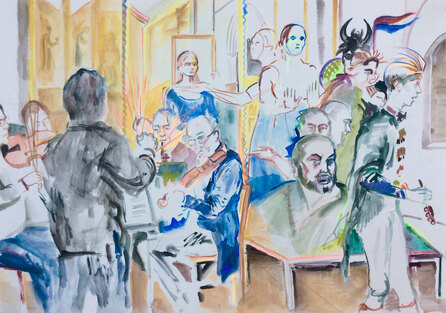 This was my first installation at the start of 18 months as artist in residence at Welfare State International artists collective in Cumbria.
It was part of a MAC touring exhibition called "Marking the Moment".
​
​An invitation to visitors read:
​"These paper boats celebrate the possibilities of human imagination.
Each boat represents an idea allowed to set sail/take flight.
Each idea is different in colour and shape – some are bright, some are dull,
some have torn edges, some have clear, cut edges, some are awkward, some possess beauty.
​They are all containers and they carry further ideas……
Why not place a thought of your own gently in one of the boats and in your mind let it take off." 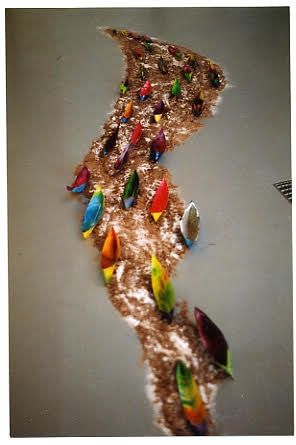 101 Paper Boats on a Sea of Salt and Sand 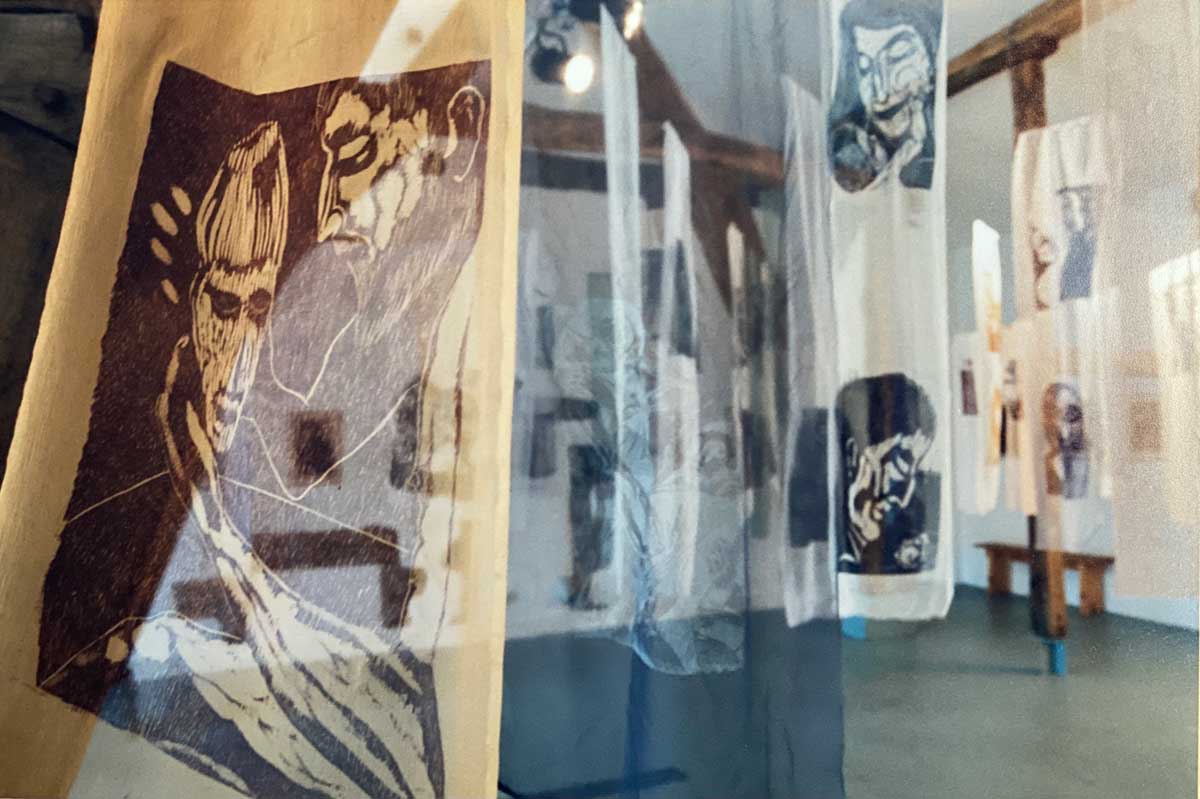 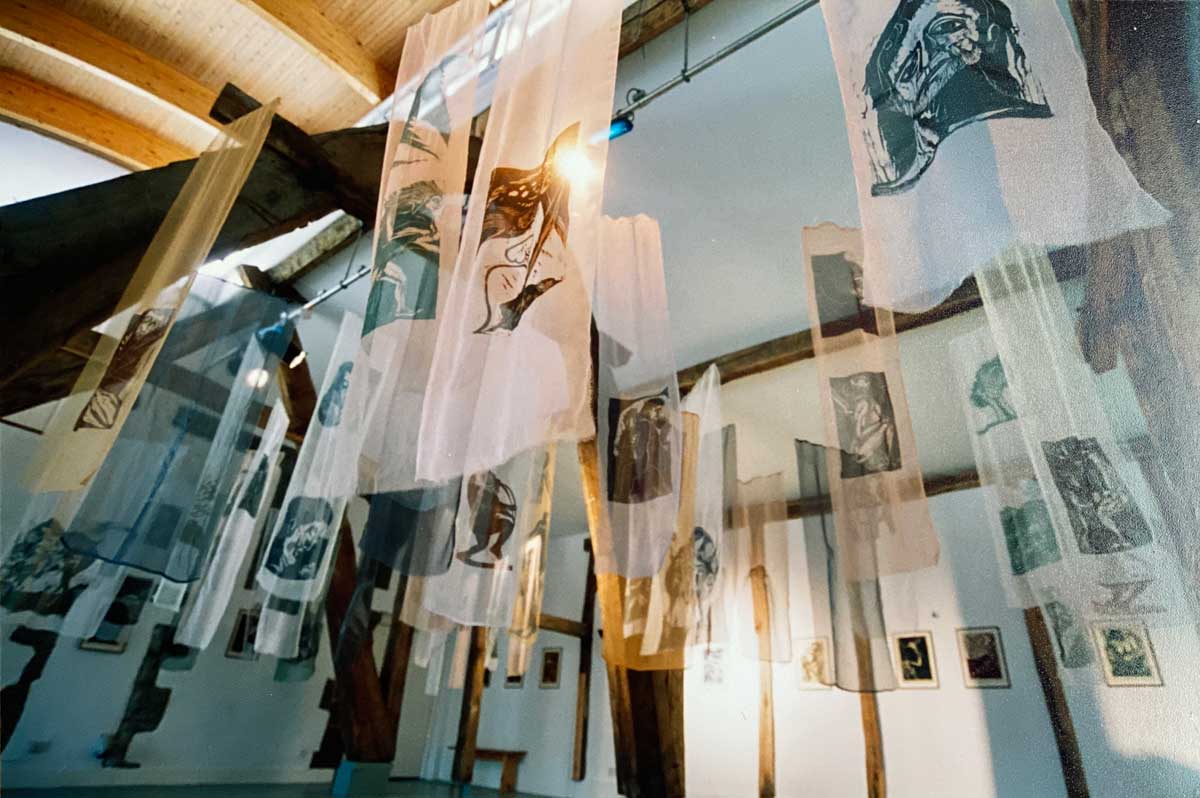 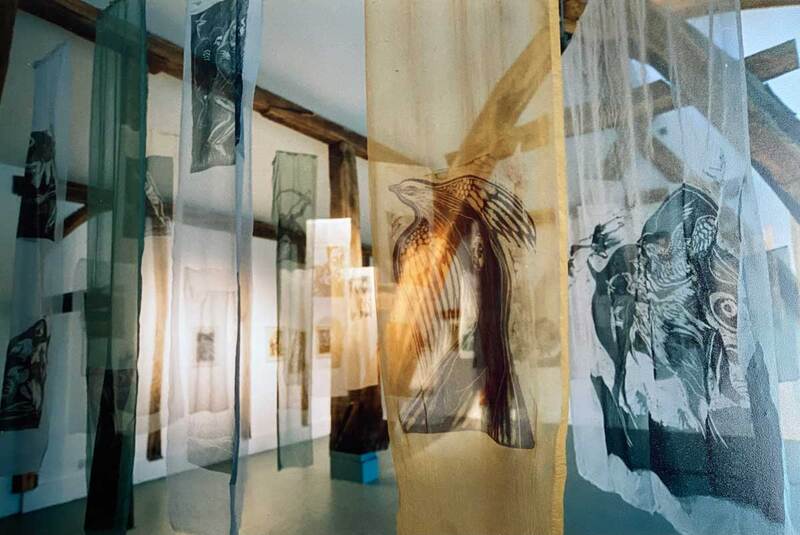 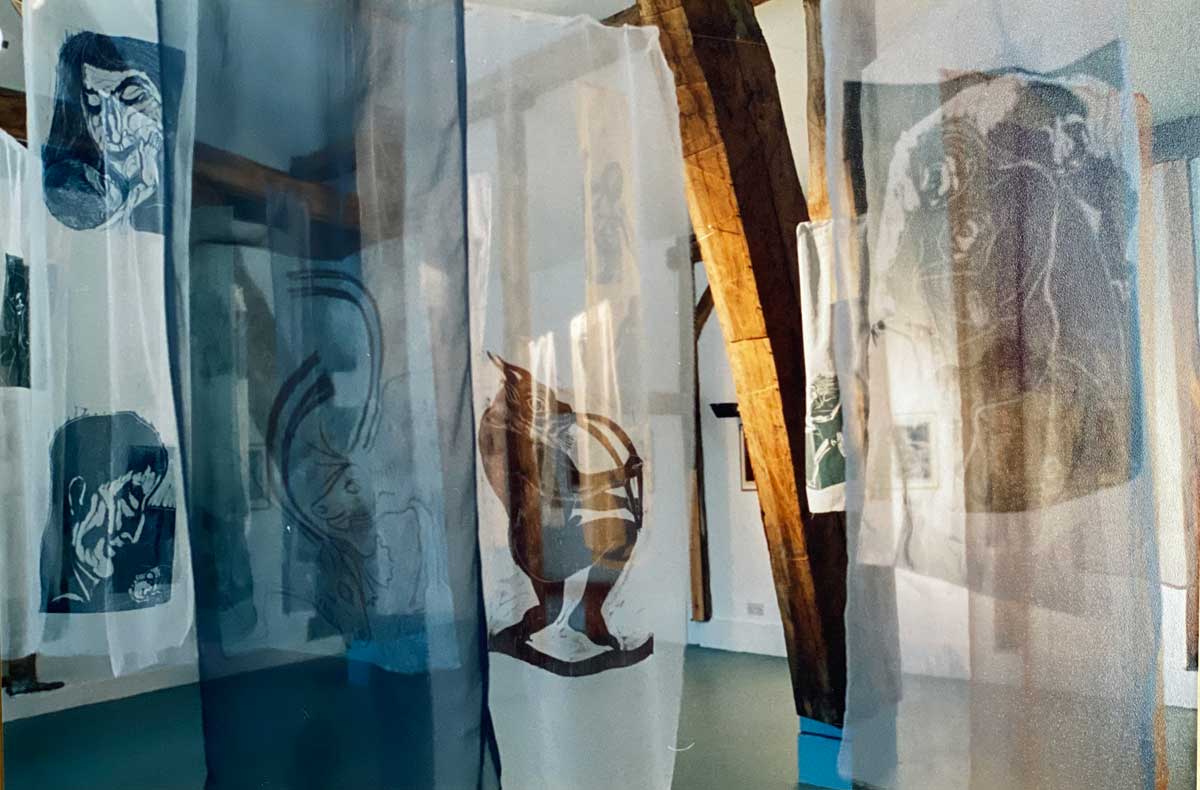 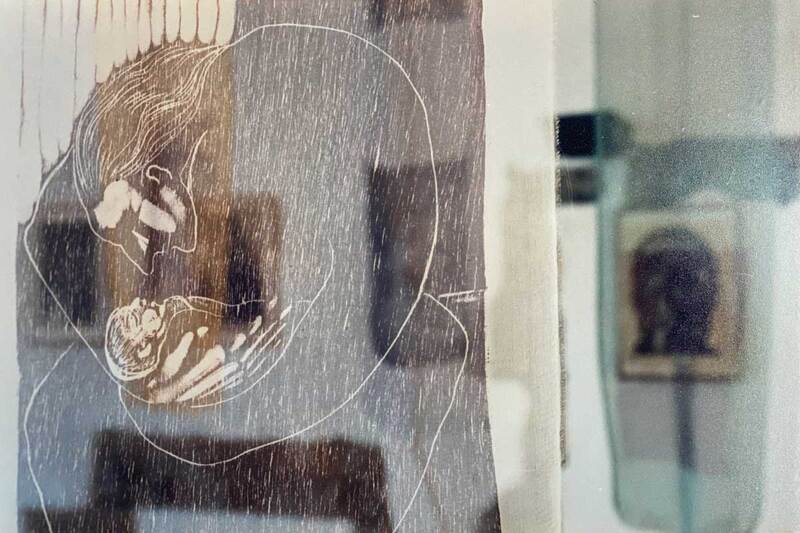 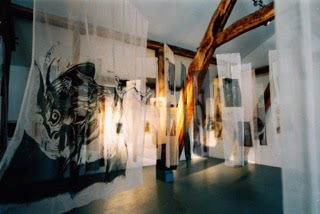 Ancestral Picnic first shown at The Vortex Gallery, London, then at Welfare State International, Cumbria. It was an installation of woodcuts printed on diaphanous silk hangings. It was lit in such a way that as people moved through the forest of images the prints appeared, disappeared and sometimes reappeared according to the angle of their vision, evoking aspects of perception and memory.
View Ancestral Picnic Prints

An original site-specific installation and performance for Higherford Mill, Barrowford, Lancashire
Commissioned by the Heritage Trust for the North West, North West Arts Board and Mid Pennine Arts and other funders
and created in a short month by Welfare State International artists collective. 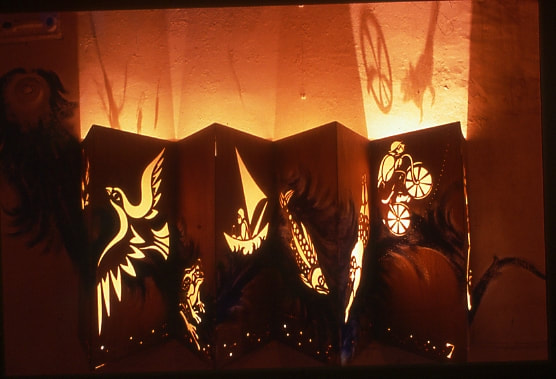 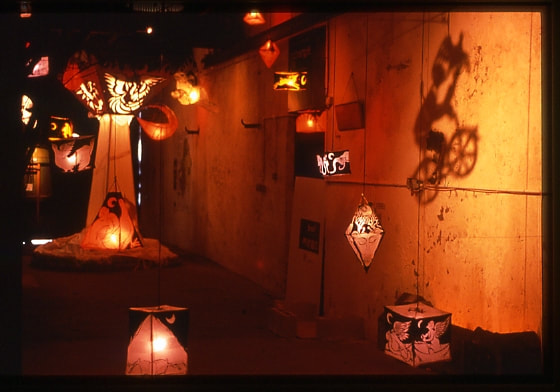 As part of my artist residency at the Tower of London, I created an interactive projective animation in the Medieval Palace of some of the menagerie of wild animals given as royal gifts and housed in the tower between the 1200’s and 1835. 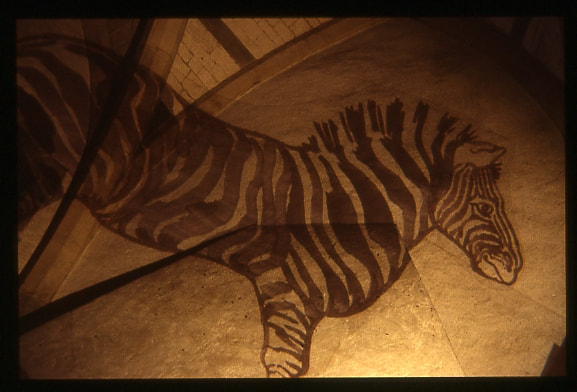 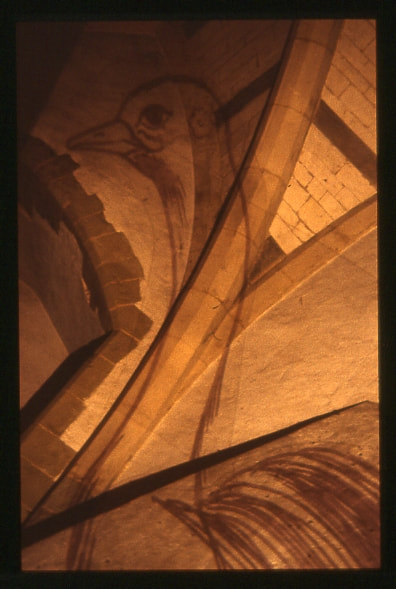 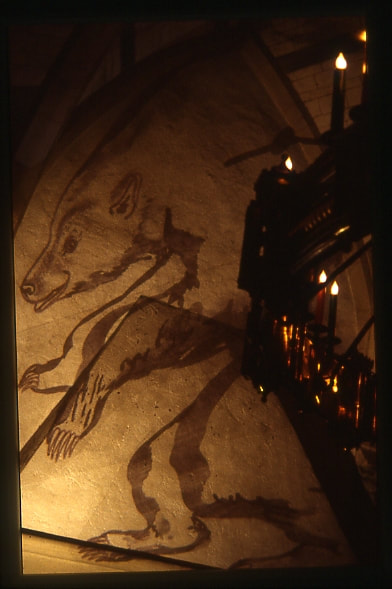