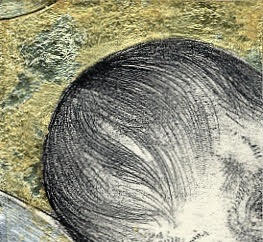 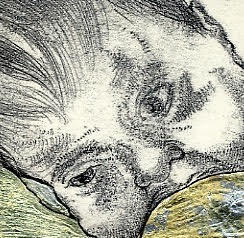 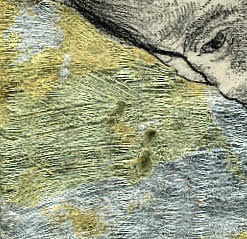 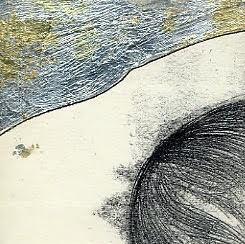 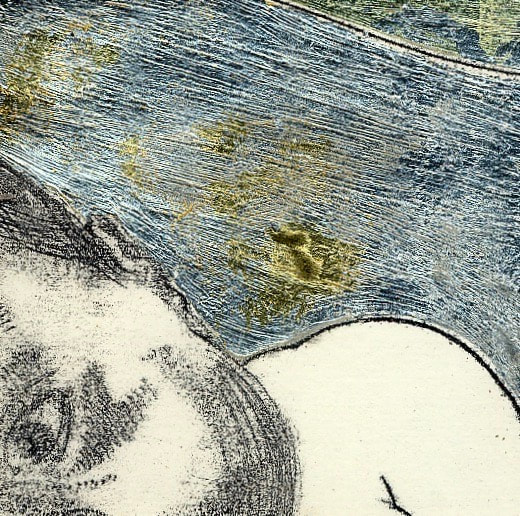 Ancestral Picnic was shown at The Vortex Gallery, London, The Barn Gallery, Surrey, and at Welfare State International, Cumbria. It was an installation of woodcuts printed on diaphanous silk hangings. It was lit in such a way that as people moved through the forest of images the prints appeared, disappeared and reappeared, evoking aspects of perception and memory. 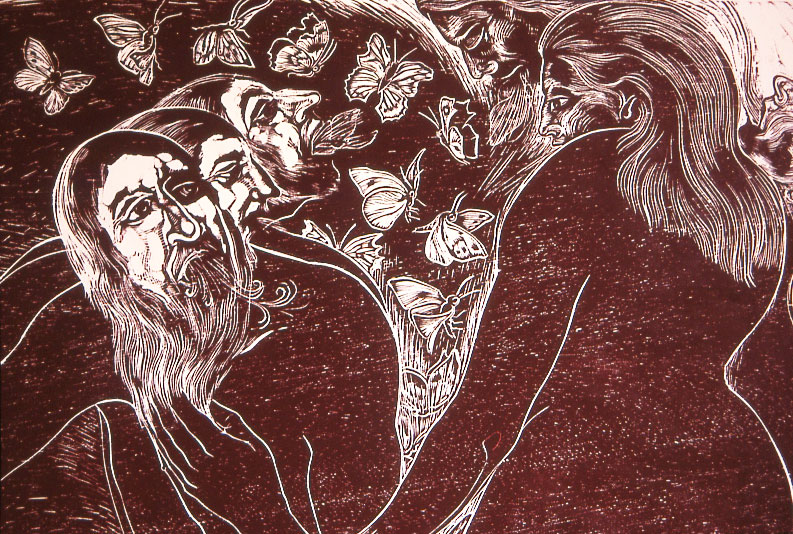 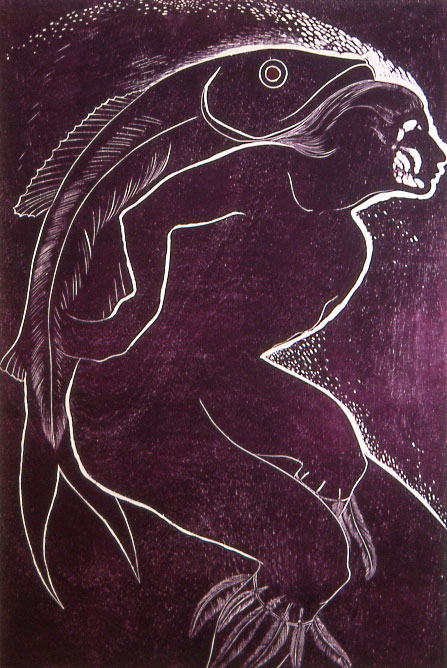 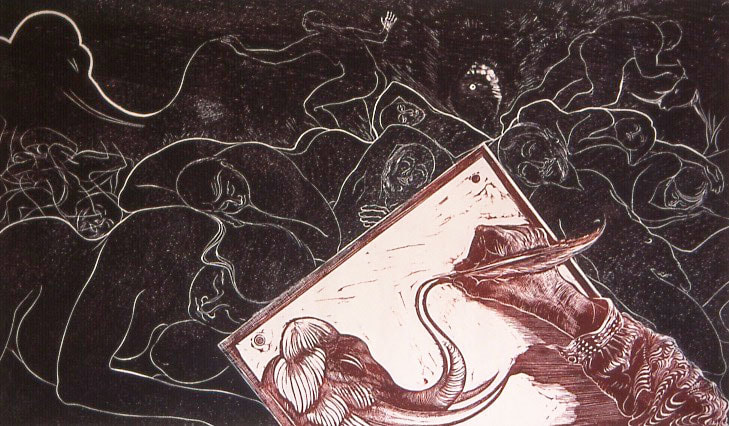 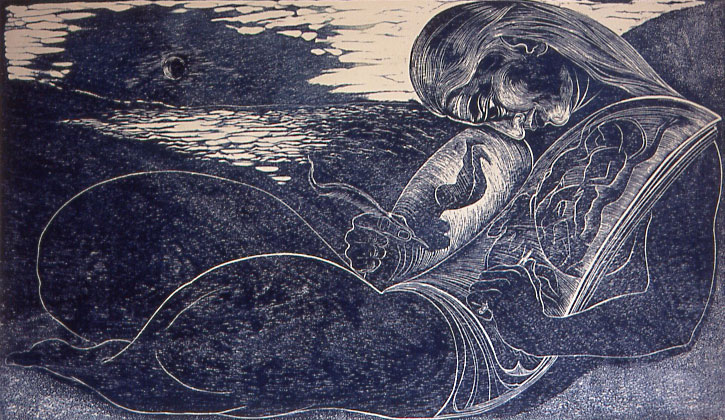 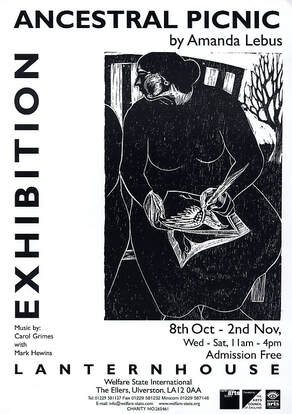 Carol Grimes did a vocal and percussion soundscape for the exhibition with Mark Hewins.
Carol Grimes Website

I like to make work in series, usually around a theme. Wind Songs was a series of 60 prints exhibited together like the squares of a patchwork blanket
or the minutes of a visual hour.

The writing below was also on the gallery wall:
Amanda Lebus uses woodcuts, batik and linocuts in several series of images about wind and change. Some pages are layered, spliced, furled and pleated. Others lie flat and still. Some images are quickly made, gouged from the printing block. Others, delicately incised, reveal the deliberation of the well made object. All suggest stories: a boy’s foot becomes a wing, a man’s spine turns into a tree. Ahab, Icarus, Baba Yaga….ghosts of adventurers whisper through the pictures. 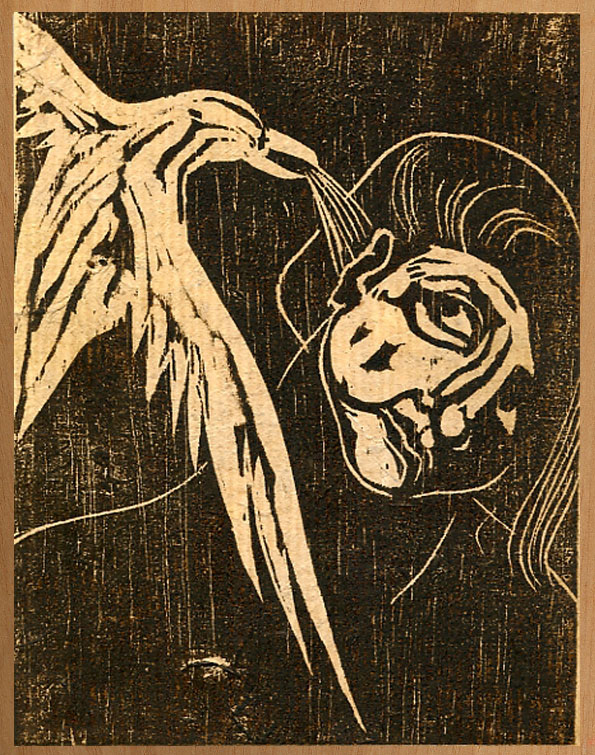 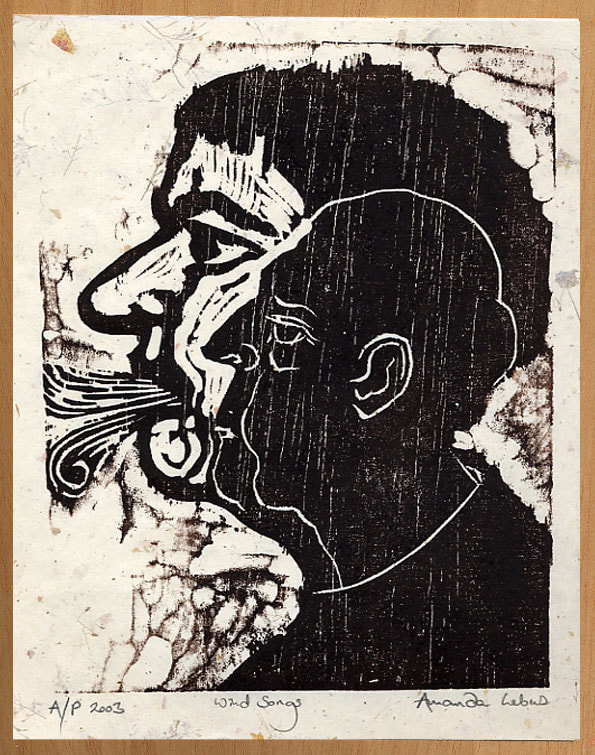 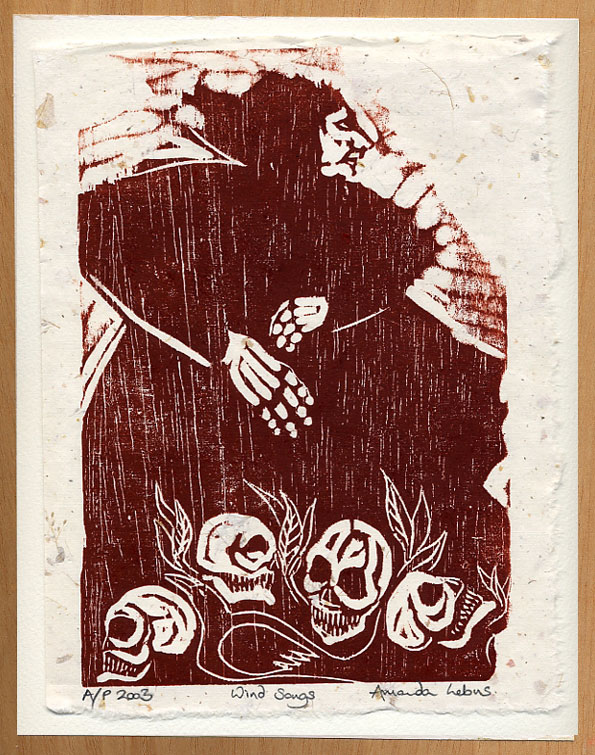 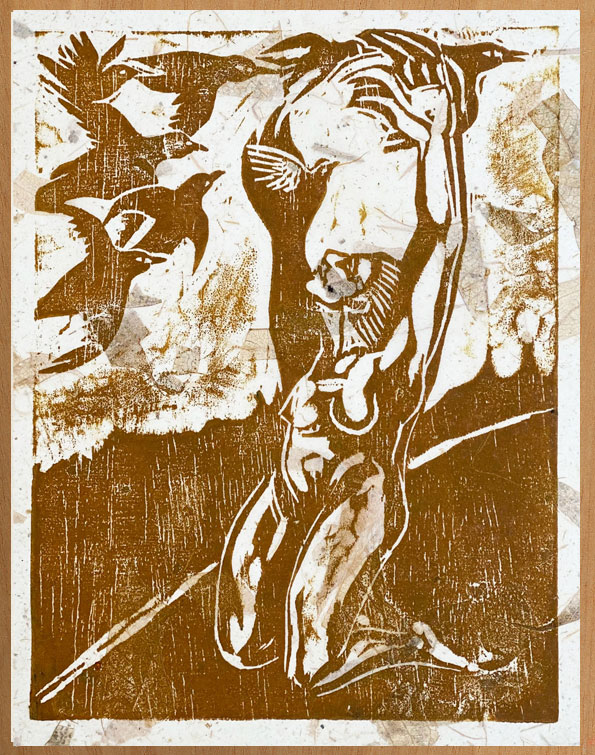 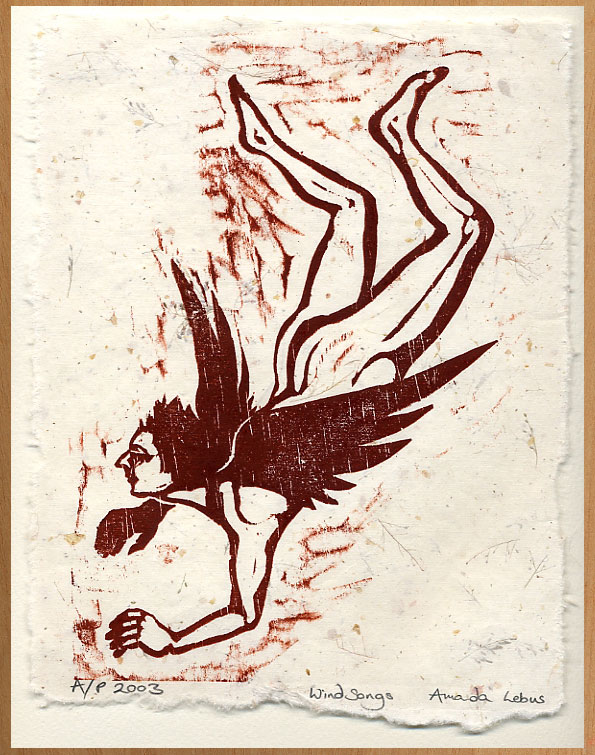 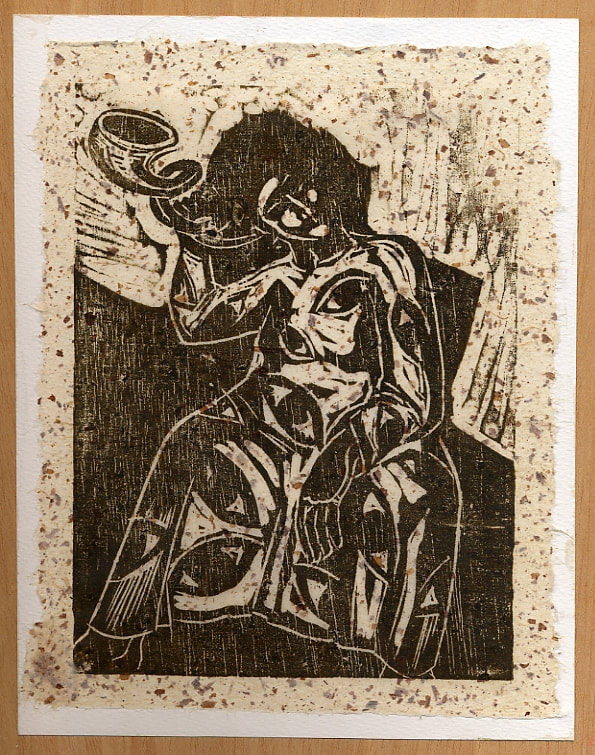 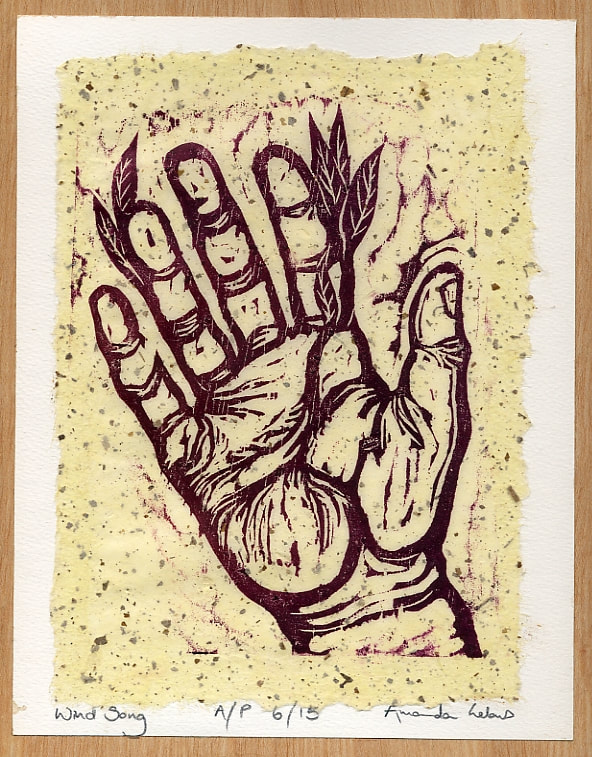 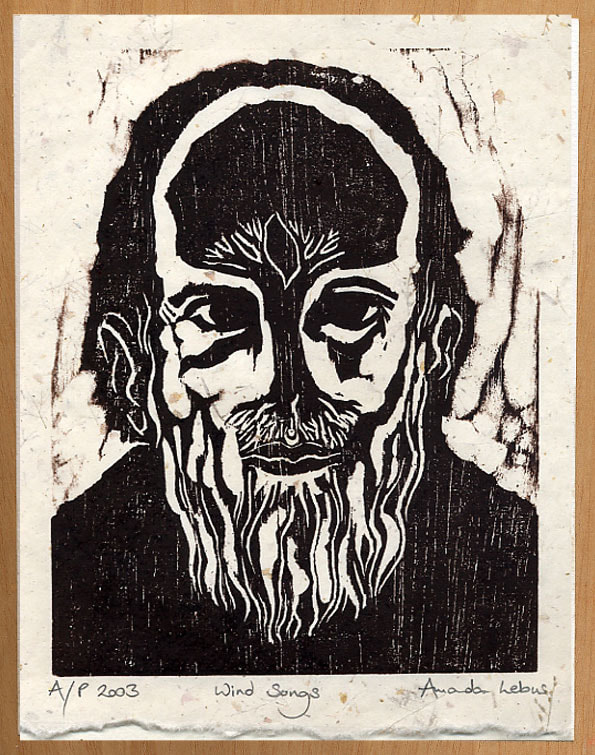 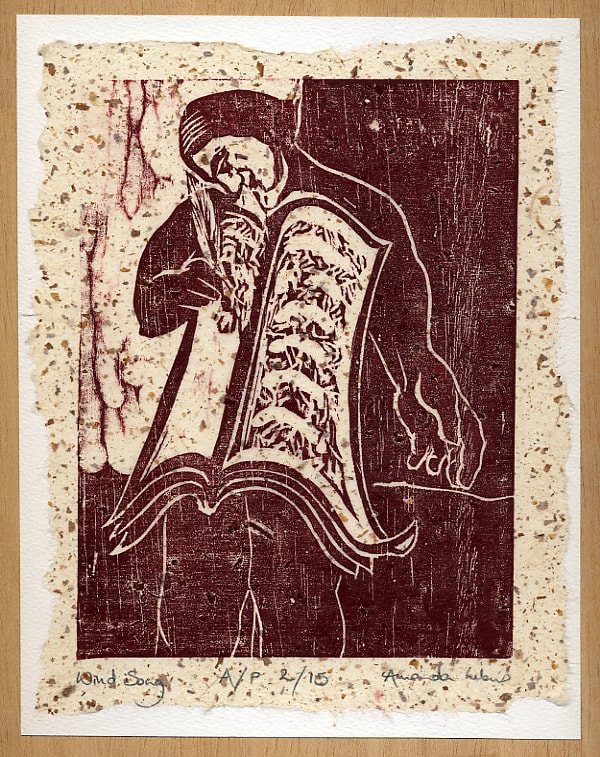 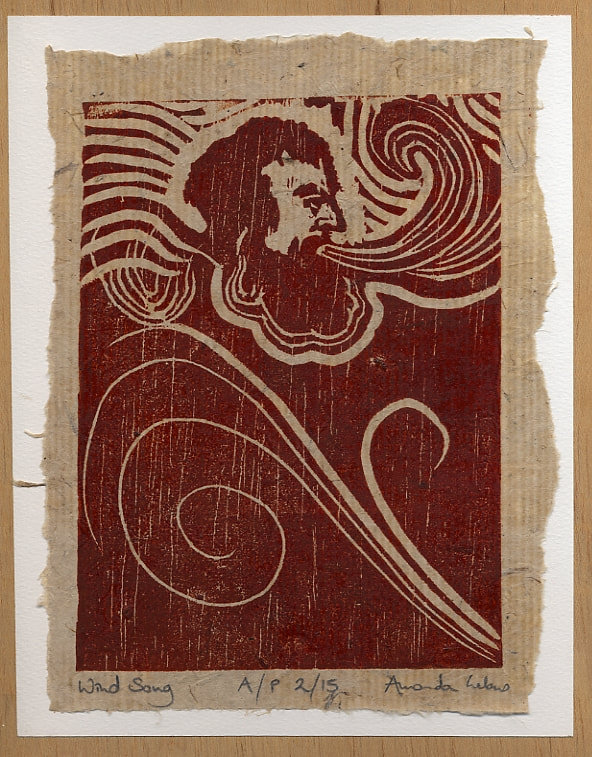 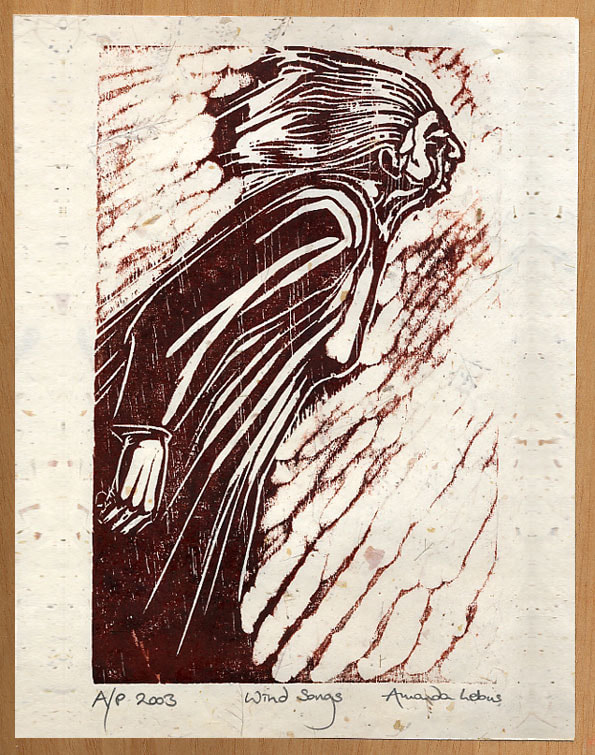 This poster is one of 14 designs made for the 14 hour film. I used etching and photo etching in the process. 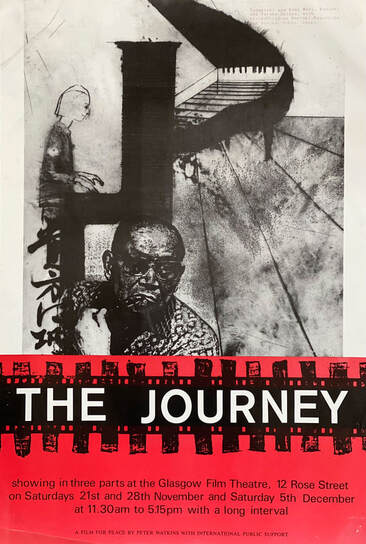