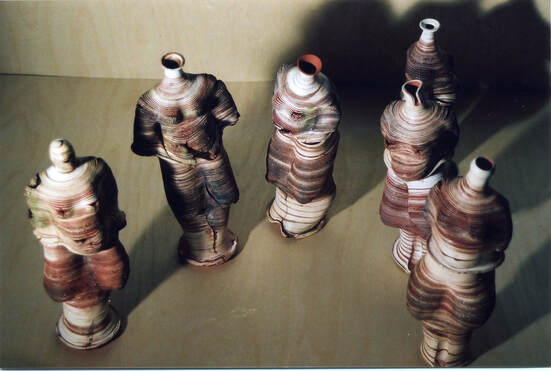 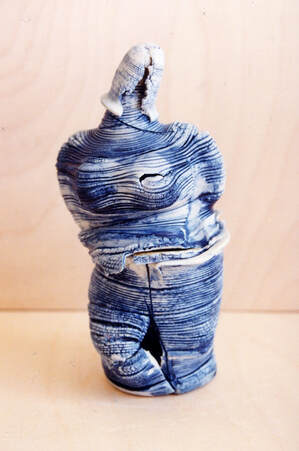 "Clay"
film stills
AA2A Artists Access to Art Colleges
Artist residency at Barnet College
2004/05
These images are all stills from the video ‘Clay’ made in 2005. Media: video, photography and ceramics.
My thanks go to all those at AA2A, to the staff of the Ceramics studio and Video editing suites of Barnet College where I made most of this piece. They were patient, helpful, and practical. My thanks also go to CiCi Blumstein and Chris Hornzee-Jones who both assisted with the editing and with the use of their editing suite.

How I made it: First, I threw the three or four part figure pots on the wheel, using red clay with white slip. I shaped them by tool and hand off the wheel. When the pots were finished I created a story board, took photos of the images and made a sound track (which I didn't use in the final film). For years I worked as a maker and user of puppets for story telling and art. The joyous process whereby a sense of theatre emerged in the spaces between the grouped figures recalled those earlier days. The pots themselves are now in private collections in the UK and USA.

Comments...
Making a pot is a matter of integrating opposites. The push and pull of upwards and downwards, clockwise and the reverse, solid and flexing, gives the process a meditative quality. I need to feel calm and centred in myself to centre the clay so as to be able to work with it – to spin and splay, persuade and slice. When I sit at the wheel there is a playfulness, a focus, a sense of immediacy about shaping the clay.
As humans we need to contain and be contained, physically and emotionally. Our sense of self is formed through relationships with others. We are all, like these pots, porous – to experience, to memory, to emotions, to others. In my film the "Clay" in the title refers to this idea of the container. Jung referred to the sealed vessel of the alchemist’s alembic. In it, opposites come together and are transformed in a contained relationship.
In just a few minutes, the lump of clay in the film becomes a community. The figures interact then fade, earth to earth, dust to dust, ashes to ashes, into clay again. The film is looped because the process is continuous. It is about a striving for individuation, for completion, for emotional integration.
I originally intended this piece for Throssel Hole Buddhist Abbey website. I wanted to show something of the ungraspable, intangible nature of things. In the film each frame is layered with others, not independent. As soon as an image emerges it fades and merges with another. The rhythm of continuous merging and emerging is the pulse of the film.

An exhibition of Science, History and Art exploring the enduring reality of nuclear weapons. 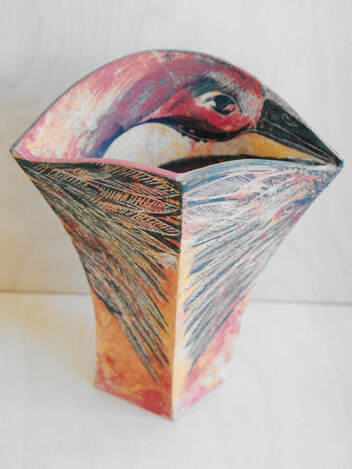 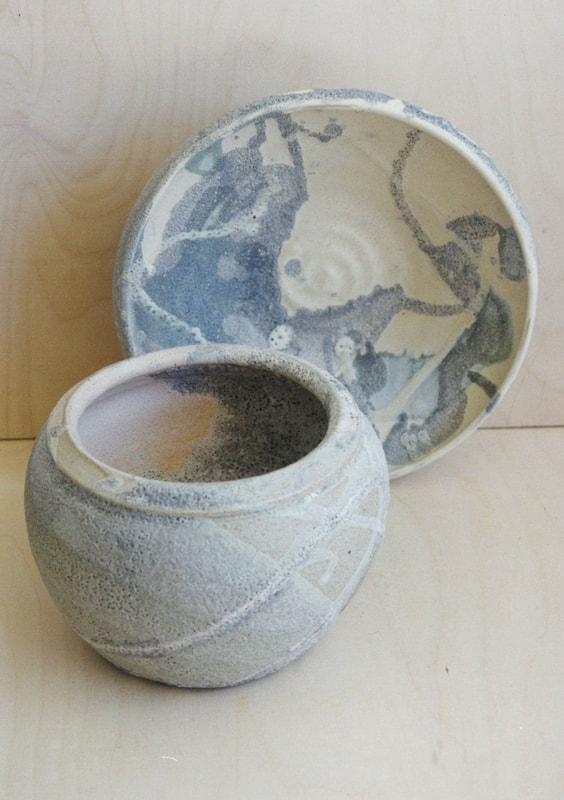 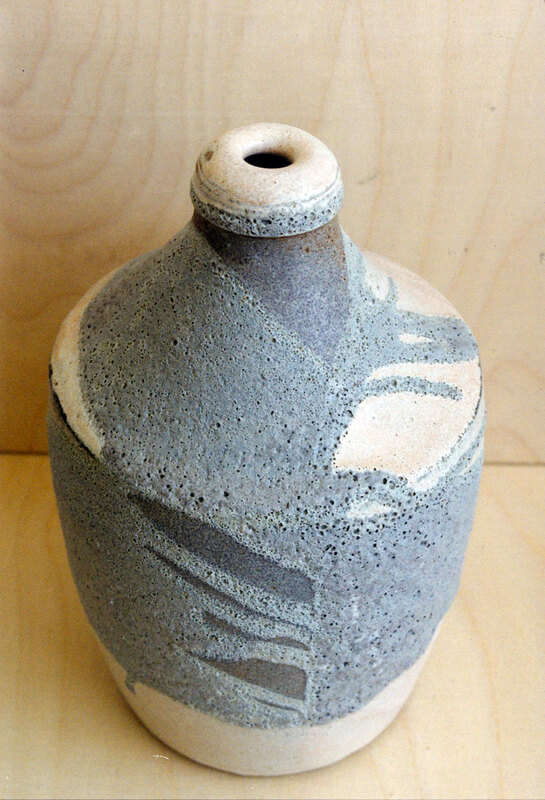 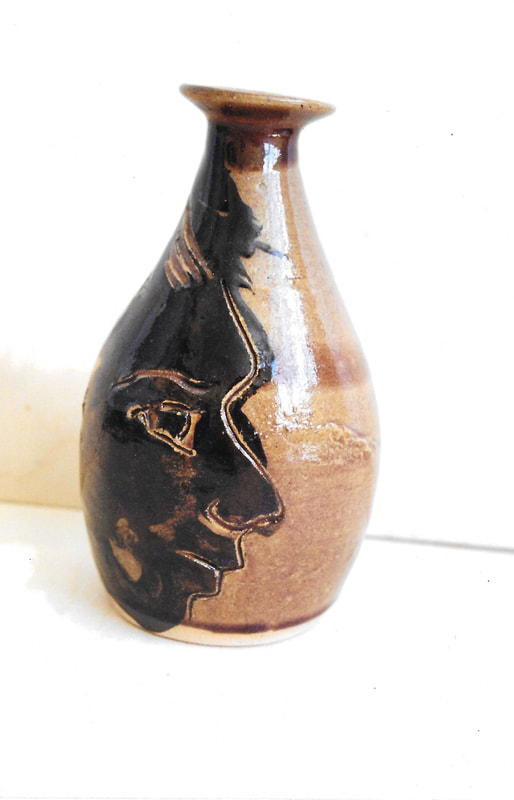 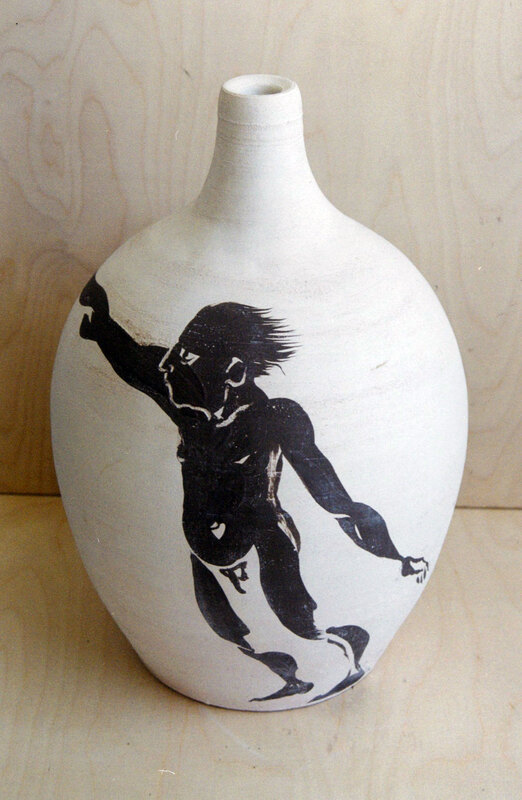 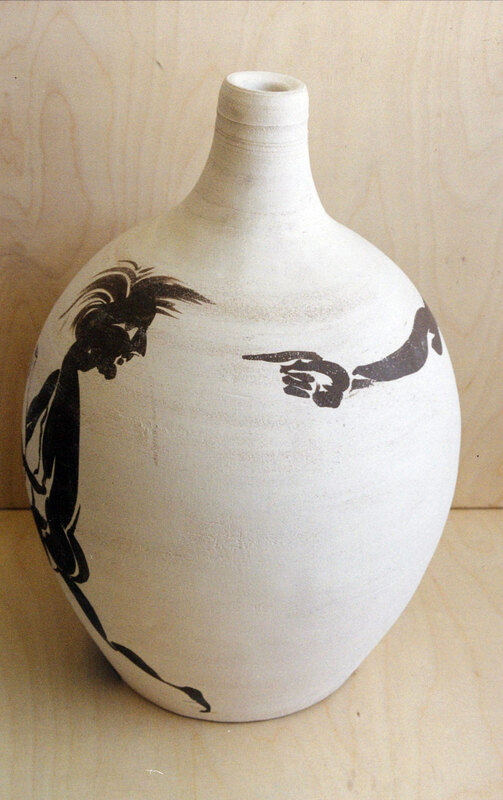 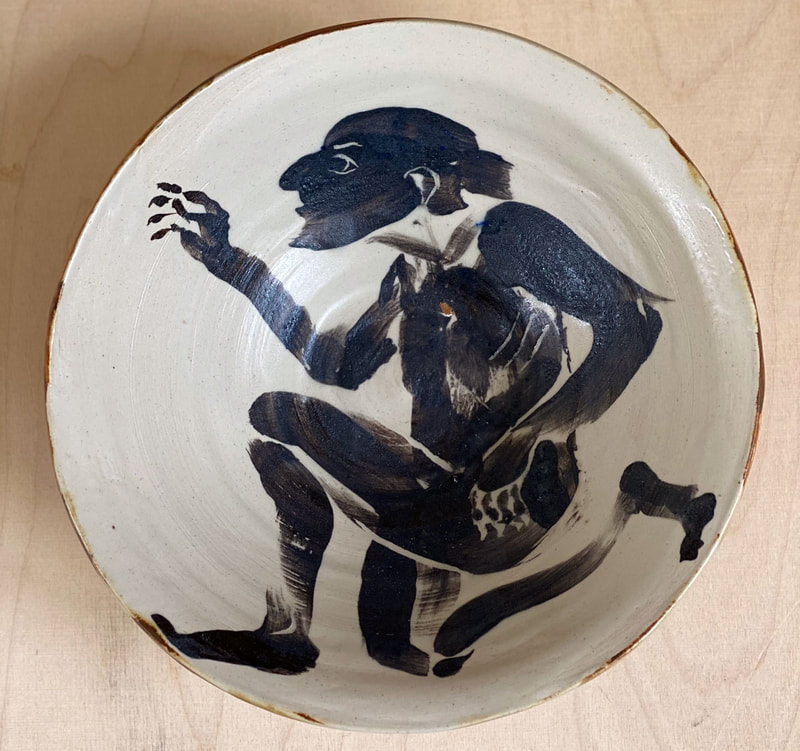 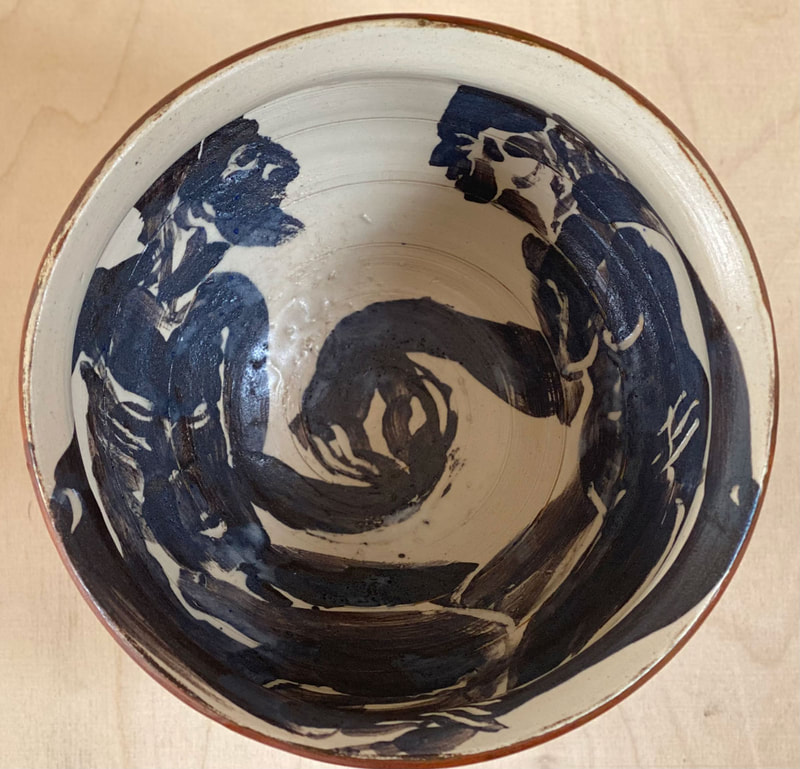