Theatre of Puppets and Images
Amanda Lebus was the founder and artistic director of Laughing Root Theatre of Puppets and Images. Laughing Root created unique shows and performances for particular places, occasions and events. Many musicians and performers worked with us. The core team was Amanda Lebus, Dave King, CiCi Blumstein, Emily Johns and Eleanor Glover.
Amanda trained with Ngugi wa Mirii in Harare, the Company of Imagination in Norfolk, Kneehigh Theatre in Cornwall
​and as part of the artists collective Welfare State International in Cumbria. 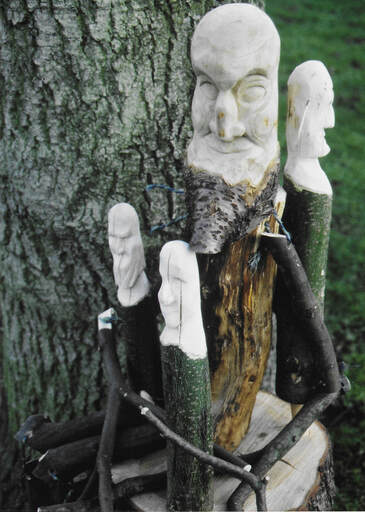 "The Apple Tree" was a story for apple day supported by Sue Clifford of Common Ground and Steve Bardsley of South Avon District Council. Dave King, musician and founder of 'Sound World' was musical director for this and many Laughing Root performances. We were commissioned to create new shows for Apple Day several years running and each year we accompanied the shows by planting a community apple orchard and doing an arts and music residency with the communities and schools that would tend the orchards into the future.
​"The Seasonal Cycle" 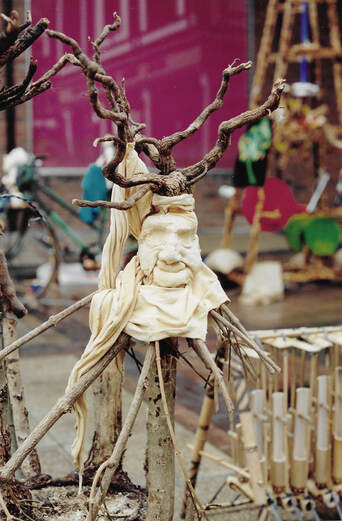 "Autumn" (detail) with the seasonal tower in the background. The images on the tower were animated by the riding of a bicycle. 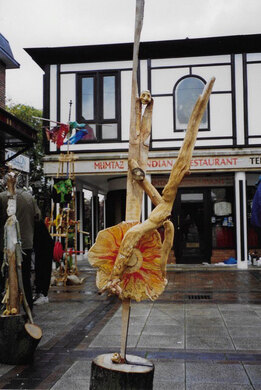 An image of Summer which girated around the sun. 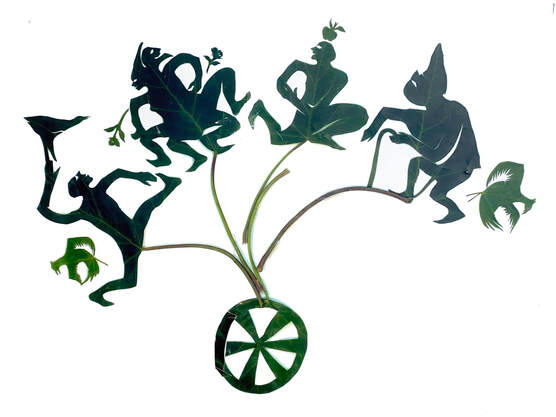 Leaf cut outs of the seasons for the poster and schools work. 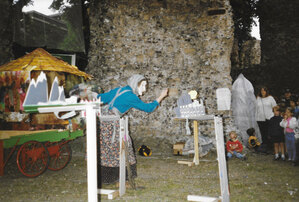 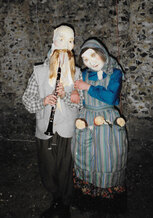 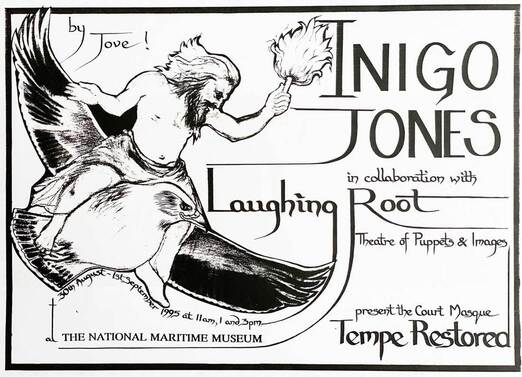 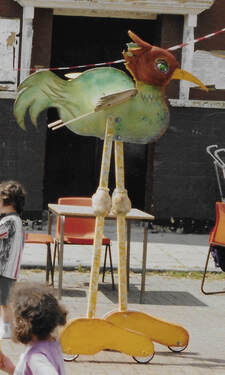 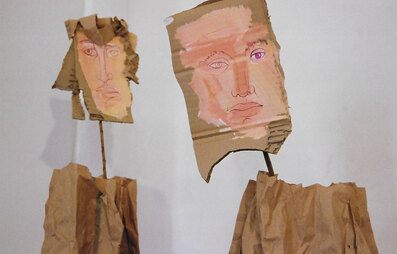 "Spice" at the Science Museum

The show involved storytelling, clay modelling, prints jumping out of boxes and setting sail, scratch and sniff bundles of spices,
papercuts and animated stories made with an old fashioned photocopier!
Dave King is the musician, and Hannah Fox collaborated with the devising. 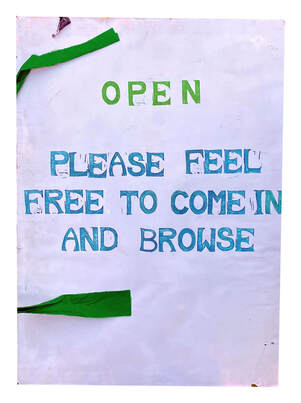 Press the play button to see the tale unfold!
Press play if you would like to see inside!

Commissioned by the Arnolfini

"Suspension" was a promenade performance on and around the suspension bridge in Bristol as part of my artists Residency and Summer School for Children.

Laughing Root was theatre in residence at Earlsmead Primary School where we created giant processional puppets, and especially written music and songs for the replanting of the seven trees at Seven Sisters, which was done by seven sets of seven sisters! Each child planted daffodil bulbs to mark the occasion too.
​The artists collaborating on the project were Amanda Lebus, Emily Johns, Dave King (Musical Director) and Neyire Ashworth (clarinet). 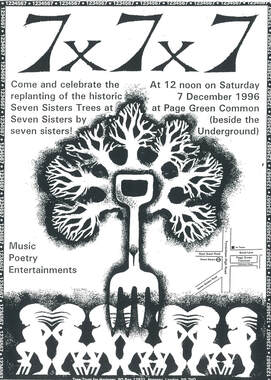